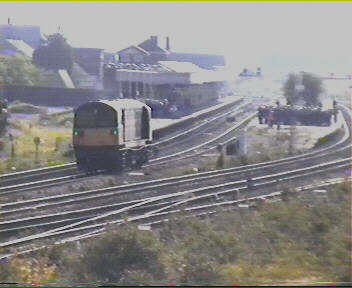 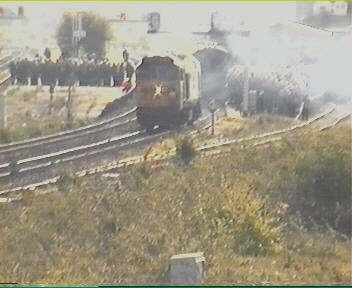 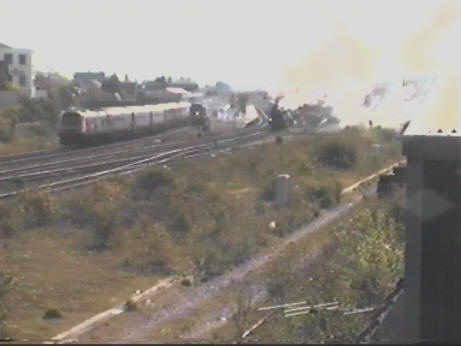 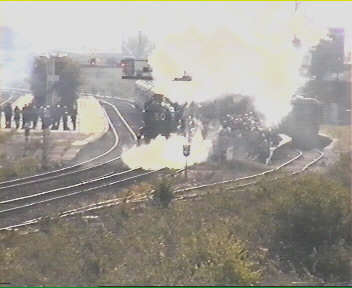 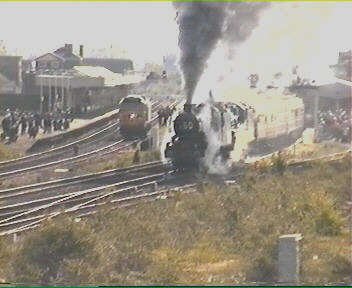 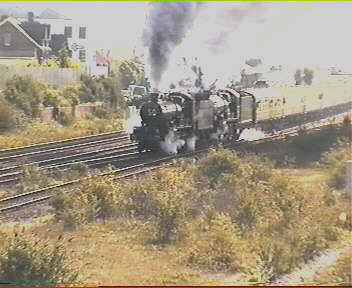 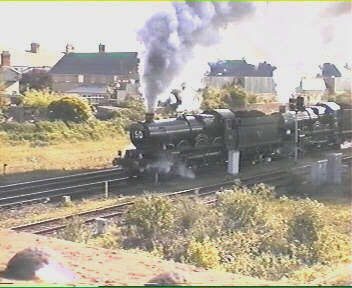 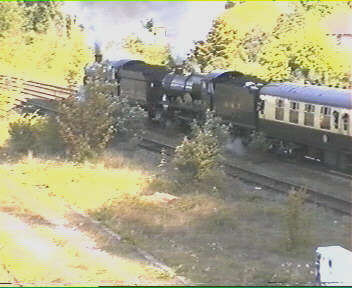 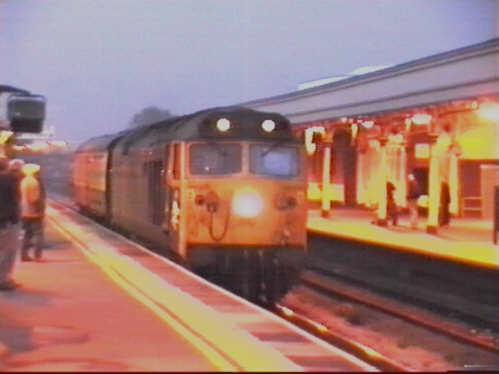 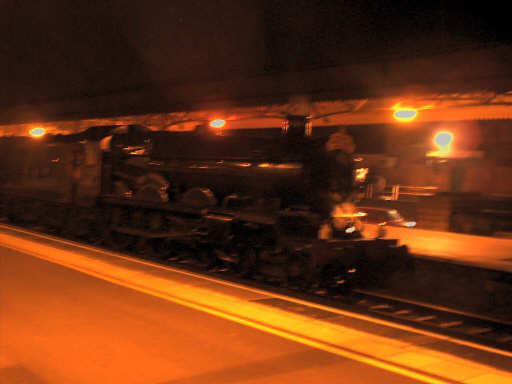 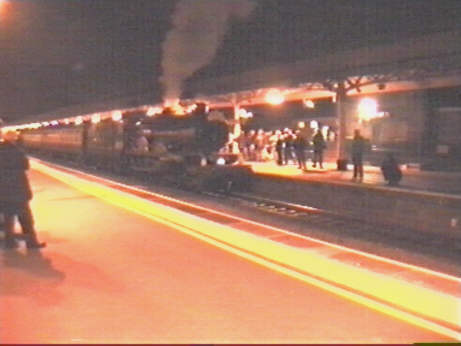 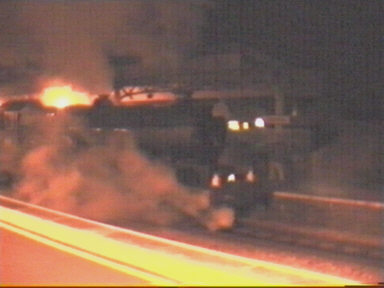 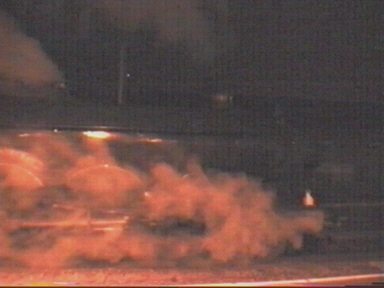 The first loco to put in an appearance wasn't anything to do with the Castles, but 58030 running light was something of a bonus.  Local knowledge paid off, if I'd been on the station I'd have been lucky to see anything, let alone video it due to the crowds.

The Railtour arrived behind a preserved Class 50 diesel, seen here coming off the train as it was handing over to the Castles, it left an exhaust trail almost as dense as a steam loco.

After the Castles had backed down onto the train this line up of three generations of motive power presented itself, an up Virgin HST arrived while the 50 and the Castles were waiting for the off.

Then the Castles got away, a bit of slipping then they really got hold of the 13 coach load - a stirring sight and sound for any steam enthusiast, especially for Great Western one !

The page finishes with a shot of the Class 50 returning through Taunton on the Monday evening, then a series of shots of 5051 Earl Bathurst returning single handed following 5029's failure with a hot box the previous day.  The 50 had the support coach with it to lighten the load and had apparently banked the train from Plymouth to Exeter, so 5051 was about half an hour late but when she pulled out the exhaust was pure Swindon Magic, sharp and sure footed.

The delay meant that light had faded completely before departure from Taunton, as a result the photos aren't very good, but I've included them for the record.

Back   Visit our Travel Centre for train and ferry times and tickets.

Photos not otherwise credited are ©2001/2002 S G J Huddy.  Other photos are included with permission of the copyright holders.