A quick visit to Woody Bay station when we were passing saw Axe arriving from Killington Lane. 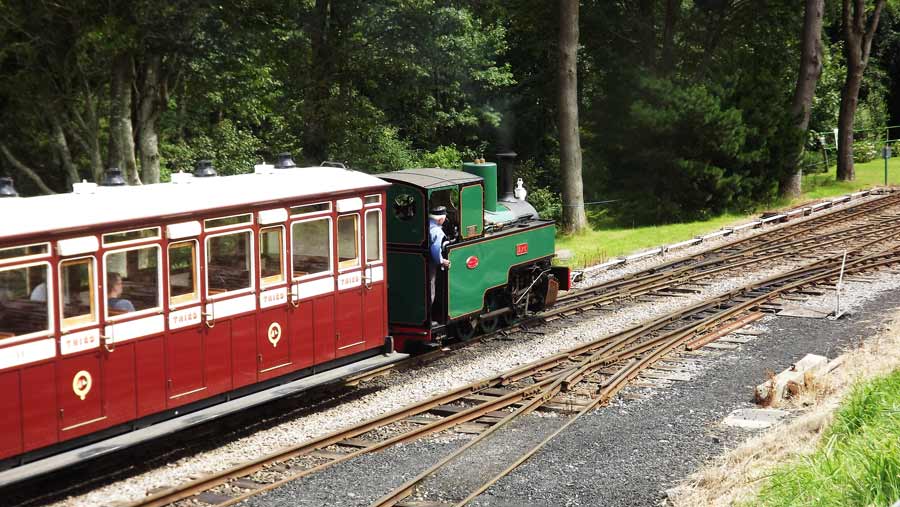 We dropped in to have a cream tea, while we were there Charles Wytock arrived at Woody Bay. 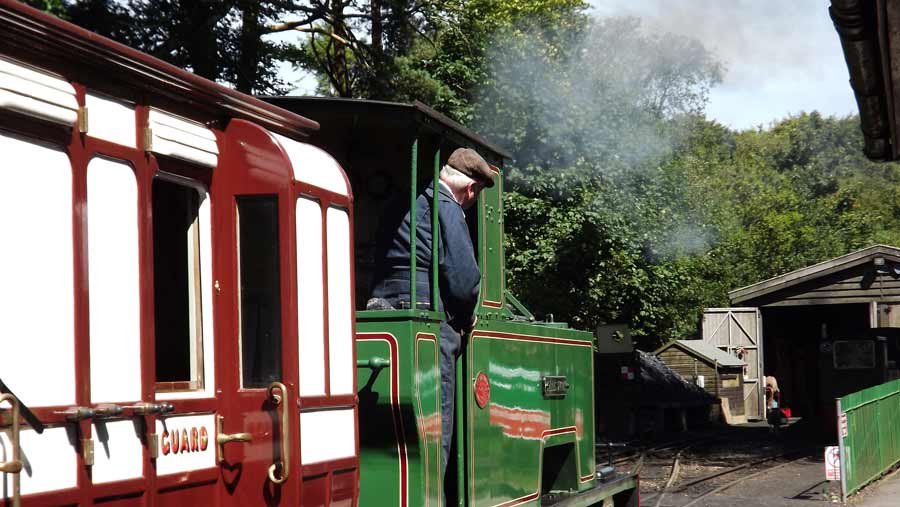 She then went to shed where she joined Axe and the little diesel. 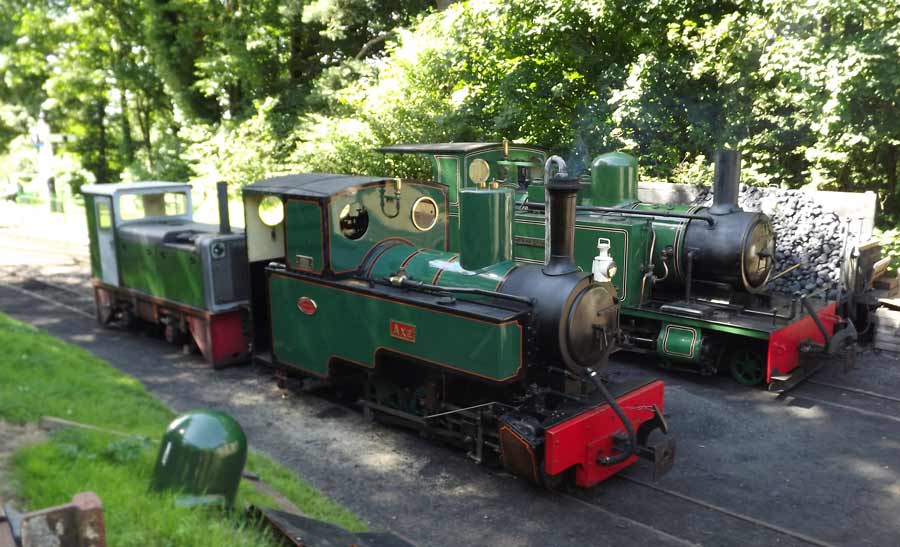 After servicing of men and machine she is seen coming back off shed. 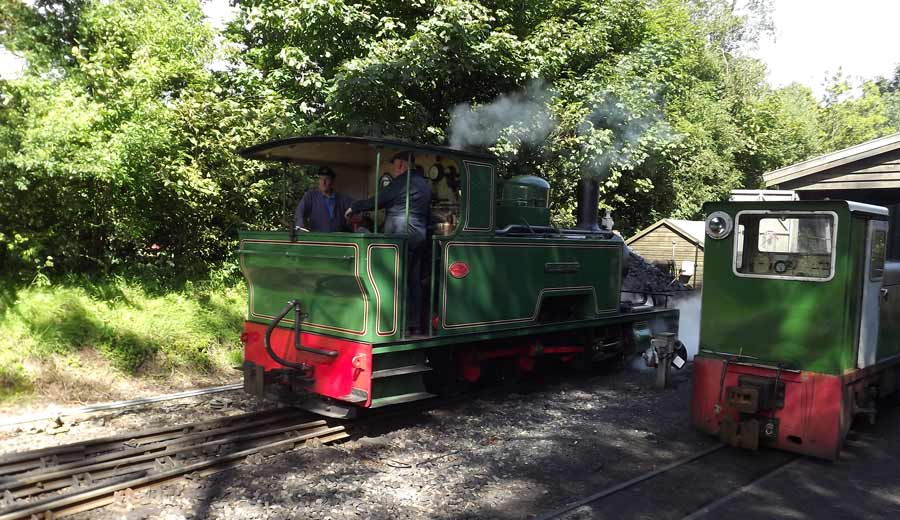 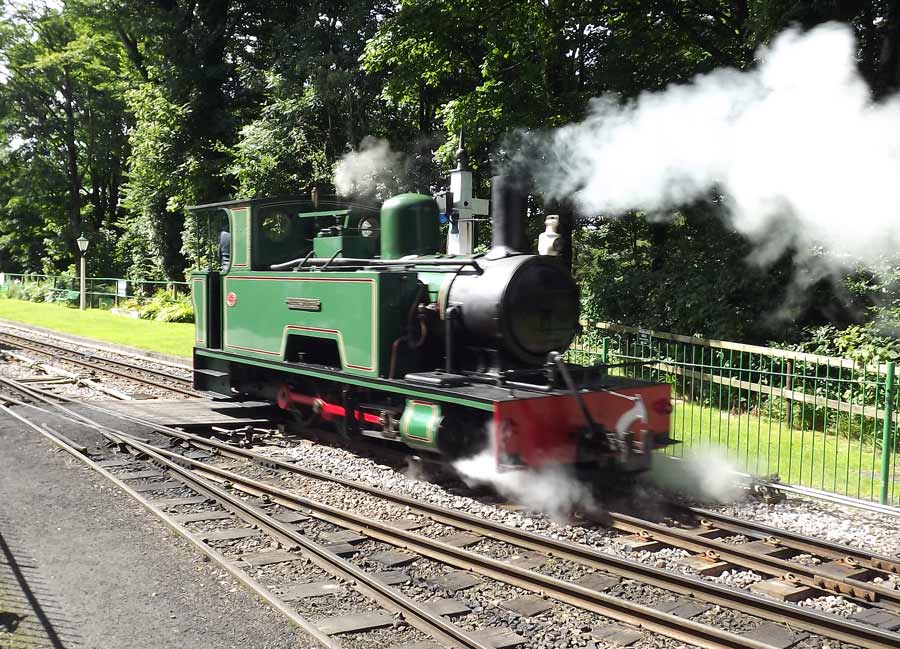 Coupling is a bit different on narrow gauge! 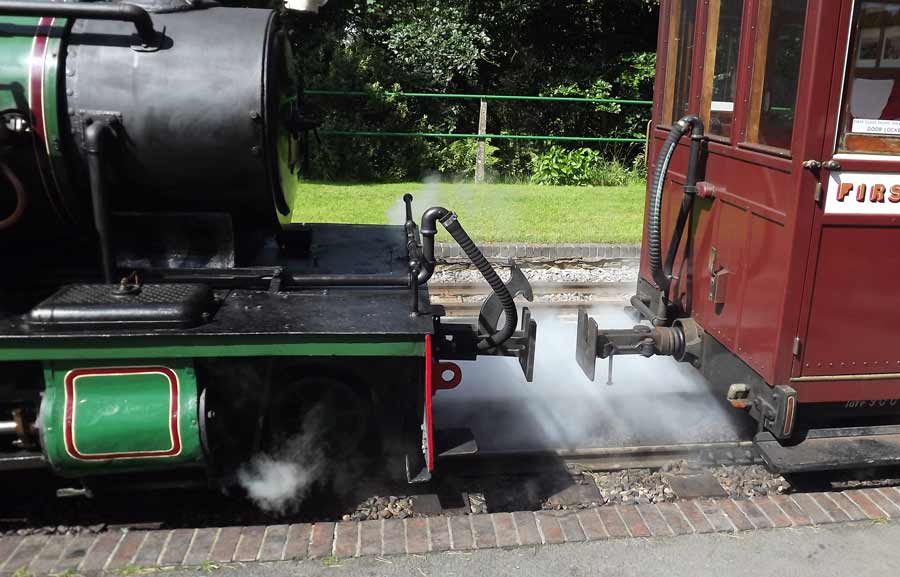 Coupled and ready to depart. 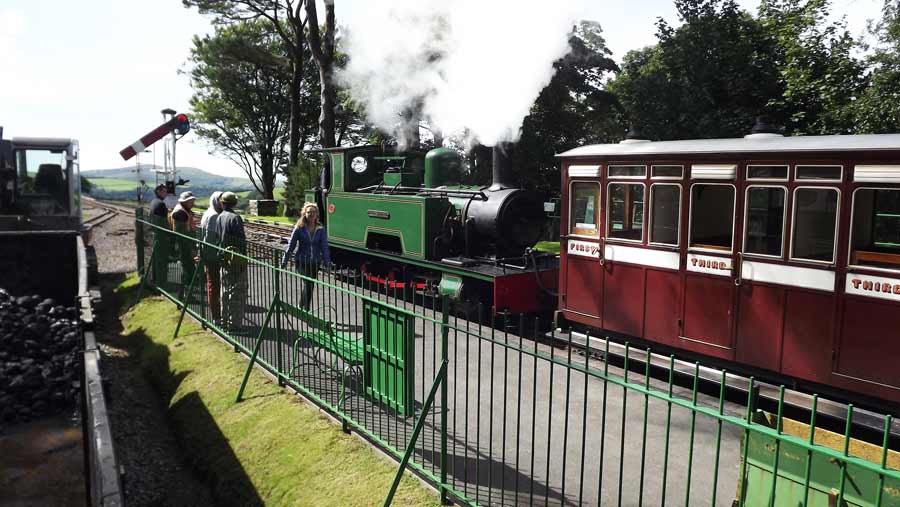 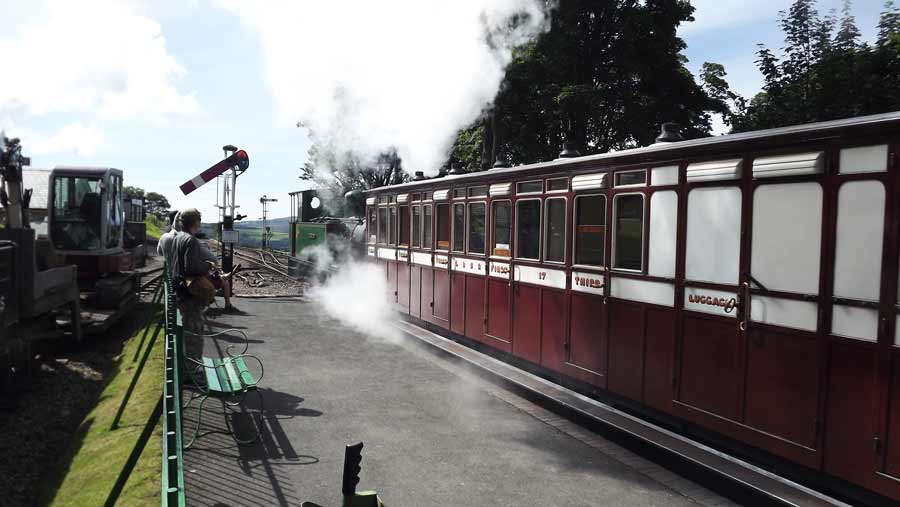 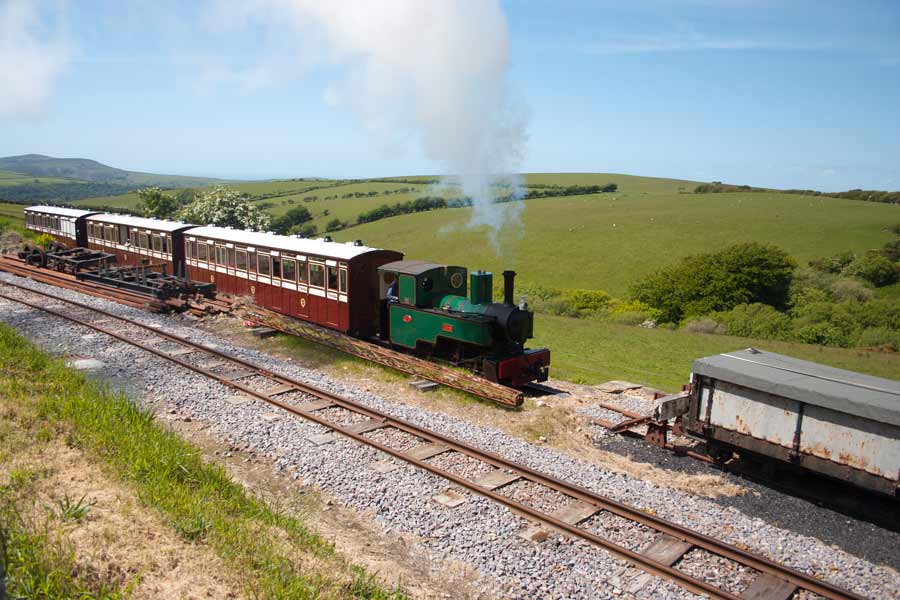 Another view of 23, which is alongside the station entrance.  Fortunate that some original stock has survived so long after the Southern Railway closed the line.

Our second visit was a beautiful June day in 2011, this photo shows the shed and workshop at Woody Bay station.  Hopefully eventually it will be moved to allow the line to continue to Lynton.

Our train was hauled by Axe, an 0-6-0T built by Kerr Stuart in 1915 for service behind the trenches of the Western Front.

Two views from the train as we travelled from Woody Bay to Killington Lane, the scenery around here is really lovely.

Axe running round at Killington Lane, the present southern terminus of the line.

Two photos from the train, in the second the driver is taking advantage of the cooling breeze on this very warm day.

Our dog seemed to enjoy the trip as much as we did!

Very much not original is this diesel Titch which was stabled in the station on our previous visit on Easter Day 2005.

Passenger rides were being given by Peter Pan which was once owned by Devon County Council and operated at Beacon Down Quarry in Parracombe until 1959.

Peter Pan leaving Woody Bay with a one coach train, like many railways at present the coal available is rather smoky unfortunately.  Coach 1 is one of a batch of 8 bought by the new railway, three are in use at the Milky Way Adventure Park, the others will be brought into use as required on the line from Woody Bay.

A last view of Peter Pan leaving on her short journey, at present it is only a mile round trip but work is progressing on the next section.

With the platform clear, a better view of coach 7, another original vehicle which was built in Bristol in 1898.  It is a 50 seat 3rd. observation coach which is awaiting fitting with proper reproduction bogies and couplings.

There is much more about the L&BR on Lynton & Barnstaple Railway .

Visit our Travel Centre for train and ferry times and tickets.

Photos not otherwise credited are ©2001-2011 S G J Huddy.  Other photos are included with permission of the copyright holders.